A few months ago, I organised a Treasure Hunt event for our freegan community. The purpose of the event was to give a live demo for aspiring freegans on how to go about getting free stuff. Learning from the first-hand experience, they can then go back to their own neighbourhoods and practice it on their own.

During the Treasure Hunt, one participant was horrified at the sheer amount of merchadise we found, especially the ones that are in good condition.

“There must be a more efficient way of distributing these items,” she remarked. “Why don’t you designate an area at your block and tell everyone that they can leave their unwanted items here? Then anyone can come and help themselves to whatever they want?”

The thought of jumping through hoops and getting this approved by the town council was enough to turn me off the idea. But it stayed at the back of my mind, ruminating. Also, back then, I was early in my freegan journey, and I was still keeping most of the free stuff for myself.

Now, a few months later, when all my material needs and wants are met, and I have so much more than enough for myself, I’ve started looking outwards. This has led me to find avenues to channel the excess stuff

One clear channel is to charity. Not charitable organisations; they also have more than enough stuff. For example, Salvation Army receives 10 tonnes of stuff every day! My preferred mode of charity is to donate it directly to poor people in the Philippines via a freegan contact in Singapore. We give away the stuff that we don’t want every month to our contact whose team packs the stuff in large boxes and ships it to her village in the Philippines.

However, the logistics of this operation means that:

This means there are still things that we don’t give to charity because it’s not efficient to do so. Which also means that I need to find other means to share these items.

Last night, on my regular round, I chanced across a decent bookshelf. My first thought was, “I want to bring this back with me!”

My second thought was, “Where in my home can I put this?”

I’m out of space. I’ve brought back so much furniture that I don’t have any more space unless I get rid of some. So I left the bookshelf behind and continued on my rounds. As I continued, the image of the bookshelf kept coming to mind. I wanted it but had no place for it at home. But…

What if I don’t use it at home?

By the time I finished my rounds, I knew what to do. After unloading my finds, I took my trusty trolley to the bookshelf and trundled it home on a wheelchair-friendly route, thanks to the town council. My elderly neighbour uses an electric wheelchair to get around. Sometimes I see her zooming around the neighbourhood, and I take note of the wheelchair-friendly routes for situations such as these.

I brought the bookshelf home, dusted it and wiped it with disinfectant. Then I printed out two notices and posted them on the bookshelf and the insides of lifts.

Finally, I brought the bookshelf down to the void deck, and positioned it where it would be noticeable. It looked a bit bare, so I went back home and picked out certain sample items. I furnished the bookshelf with them, and hoped for the best.

In the morning, I received a phone call asking about the bookshelf. There were some items that no one knew what to do with.

“Don’t throw them away,” I said, in halting Mandarin. “If you don’t want it, someone else will.”

I left home around noon and brought with me a few more items for the Sharing-is-Caring shelf. The elderly folks gather and commune daily in that area. There were a lot more people than I was prepared to meet, and the usual questions spewed forth:

“Are these still usable?” Yes.

In exchange, I got a McDonald’s Happy Meal for free.

One elderly man picked up a Monopod (selfie stick) with glee. “I can use this to take photos!” he exclaimed. I never would have thought that he, of all people, would want a Monopod. But it just goes to show that the thing that you don’t want is the thing that another person is dying to have. 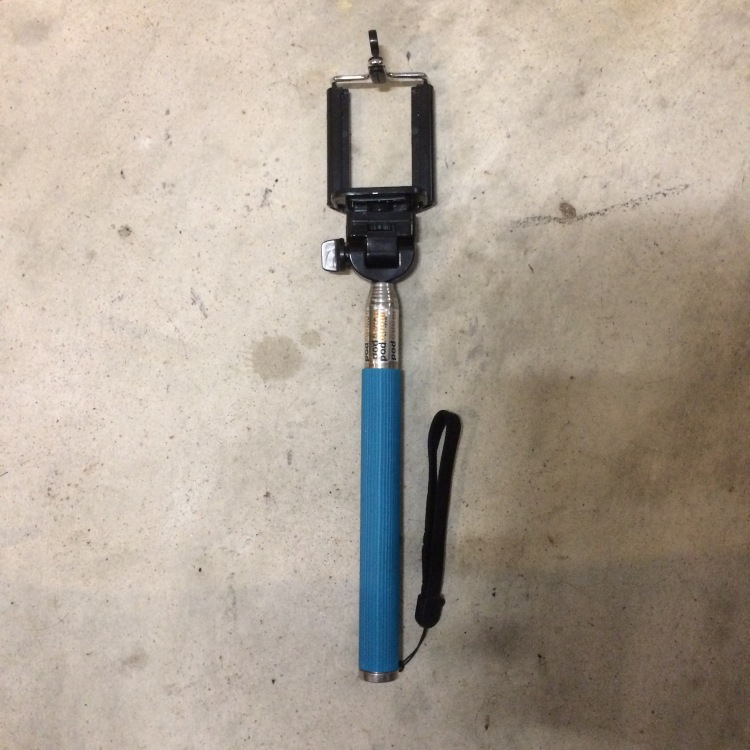 Among us freegans, especially the new ones, there is a burning question that always pops up.

“Why do people throw this away??”

I used to think that there is no answer to this question, but now I realise the answer:

“Because they don’t know who would want it.”

If you want something, it is up to you to make known to others that you want it. Then you leave it up to others to decide whether or not to give it to you.

Ask and you shall receive.
Seek and you will find.
Knock and the door will be opened to you.

If you’d like to know more about the freegan lifestyle, come for our Singapore Saving Money Meetup that will be held on Sat 15 Apr, 3-6pm at National Library Hanis Cafe.

The shelf soaked up water from today’s rain and the wood disintegrated. The shelf had to be thrown away. I’ve retrieved the items from the shelf. Oh well, I tried.